About this Event NextGen Startup Challenge Contest (CHUNAUTI – Challenge Hunt Under NGIS for Advanced Uninhibited Technology Intervention) is a series of online Challenges under NGIS.

STPI has been strengthening the start-up ecosystem, through policies, initiatives, and creation of enabling networks. At present, there is a definite need for a higher percentage of women entrepreneurs in technology which will account for better innovation, increased economic gains and a gender equal society. Accordingly, to achieve a diversified & inclusive start-up ecosystem in India, and to recognize and celebrate the technical prowess of women-led start-ups who are creating cutting-edge technology that are solving some of the biggest problems facing people, our planet, and businesses, STPI through CHUNAUTI 2.0 is looking to identify and support promising startups with a special focus on women-led start-ups working on innovative technology products & solutions in focus sectors like Education, Healthcare & Wellness, Financed, SaaS, E-commerce, Agriculture and Environment, and give them access to networks, connects, learning and resources that are needed to build scalable, profitable and global businesses.

He played a lead role in the Total Literacy Campaign taken up in Nizamabad district in the early nineties. He has also catalysed the establishment of the International Institute of Information Technology in Hyderabad and its emergence as one of the premier institutions in computer science education and research in the country. He has spent more than ten years in assignments relating to information technology and e-governance and has led the formulation of innovative policies and implementation of several major e-governance, communications and broadband projects. He has also worked as the Principal Secretary to Chief Minister of AP after the reorganization of the State of Andhra Pradesh.

He has also held important positions in the Govt. of India as Joint Secretary Training in the Department of Personnel and Training and as the President and CEO of the National eGovernance Division, which assists the Ministry of Electronics and Information Technology in the implementation of the National e-Governance Plan.

Bhuvnesh Kumar graduated in Electronics and Communication Engineering from National Institute of Engineering, Kurukshetra in Haryana State in 1989.

He worked as a Computer Engineer from 1989 to 1992 with CMC Limited, a Government of India Undertaking at that time under the erstwhile Department of Electronics (Presently MeitY). His area of specialisation was hardware maintenance of Hewlett Packard series of computers and peripherals.

During 1992-93 Bhuvnesh Kumar worked as a faculty in Electronics and Communication Engineering at CR State College of Engineering, a college established by State Government of Haryana.

He joined the Indian Telecommunication Service (ITS) at the end of 1993 and was trained on Switches of Telephone Exchanges and later he was responsible for the installation of Rural Automatic Exchanges until August, 1995.

Bhuvnesh Kumar joined the Indian Administrative Service (IAS) in September, 1995. After the initial training in the Academy and the field, he worked in the District Administration in the capacities of Sub Divisional Magistrate, Chief Development Officer and Collector & District Magistrate in various districts in the State of Uttar Pradesh.

From 2012 onwards, he worked as Secretary in the State Government in the departments of Planning & Programme Implementation, Vocational education & Skill Development, Sports & Youth Welfare, Technical Education, MSME and Finance. Before joining the Government of India, Bhuvnesh Kumar was Prinicpal Secretary to Governemnt of Uttar Pradesh in the departments of Animal Husbandry, Dairy Development, Fisheries and Managing Director of the State Milk Federation.

Dr. Omkar Rai is Director General, Software Technology Parks of India (STPI) which is the premier government organization working for the promotion of IT/ITES/ESDM industry in India. Dr. Rai has contributed immensely in repositioning STPI with focus on Innovation and dispersal of IT/ESDM industry beyond metros. He brings over 25 years of experience in IT/ESDM sector having unique distinction of working very closely with government and IT/ESDM industry. He has been instrumental in formulating an appropriate interface among Industry, Academia and IT/ESDM Industry. He is working for the formulation of Incubation program and Centres of Excellence (CoEs) for IT/ESDM sector to promote startups, entrepreneurship, innovation and software product creation in the country.

Shri Subodh Sachan, Director STPI Head Quarter and CEO of STPINEXT INITIATIVES, is heading pan-India startup initiatives of Software Technology Parks of India (STPI) including establishment of domain specific Centres of Excellence in emerging technologies like IoT, AI, BlockChain, AR/VR etc. An IIT Roorkee and IIM Bangalore alumnus, is a senior professional from the Industry who has joined STPI as Director after working in the Industry at Global level in various capacities. He has worked in diversified areas of the technology industry, a major portion of which is into telecom & related fields. In particular, he has been part of start-ups in leadership role, right from inception to successful listing of the company (IPO). On the other side of the industry spectrum, he has also been part of senior management in MNCs and global telecom behemoths like Motorola and Nokia. He has successfully headed the Bangalore chapter of IIM Ahmedabad’s Centre for Innovation Incubation and Entrepreneurship (CIIE).

Shradha Sharma is the Founder&CEO of YourStory Media, India’s largest digital media platform for entrepreneurship. Shradha founded YourStory as a digital storytelling platform for entrepreneurs and startups in 2008, leaving behind a lucrative job at a top national media company, solely because she believed India’s new-age entrepreneurs deserved to have their stories told – something that mainstream media was not ready to do at the time. Since then, Shradha has scaled YourStory to become one of India’s leading digital media platforms with a unique business covering every aspect of India’s new economy — all the while ensuring that positive, inspirational storytelling remained the core ethos of the company.

Shradha’s contributions to the ecosystem have been acknowledged many times over the years. She was on Fortune’s list of the best 40 under 40 entrepreneurs in India for three years in a row. In 2018, she won the Forbes Power Trailblazers award and the FICCI Flow Young Women Achiever Award, among others. She was twice featured on LinkedIn’s list of powerful influencers, after Prime Minister Narendra Modi and actor Priyanka Chopra.

Sucharita has promoted and mentored women entrepreneurs since 2011. Some of these startups now have patented products, been funded, gone global. She is the Founder of Catalyst for Women Entrepreneurship (CWE), a comprehensive platform enabling women to start up and scale up their enterprises. CWE currently has 3500 entrepreneurs across India. She is India Ambassador for 50inTech, a program to create 50 global women led tech enterprises.
She has set up and headed WEConnect International in India – a US based organization that connects women owned businesses to market opportunities with transnational corporations.
Earlier as Senior Director NASSCOM, Sucharita planned and led the Diversity and Inclusion initiative to attract and mentor women leaders in the ICT industry, and the Mentor Program for SMEs. This has led to India today being a leader in the number of women in STEM, ICT and Biotech sectors.
As part of G20, she chaired the 2017 W20 Working Group on Financial Inclusion of Women through entrepreneurship Sucharita is the current Co-Chair of B20 Women Empowerment Council for G20. She has worked on the national task force for policies on digital access, women’s economic empowerment, and women’s health.
Sucharita started her career with communication agency Ogilvy, creating successful brands and corporate identity for major FMCG and industrial clients. As Founder of two not-for-profit organizations (Madhyam and VOICES) focused on policy advocacy for equitable access to media and telecom, her work led to licensing FM community radio in India and South Asia; and the Telecom Development Fund to accelerate universal access to telecom services.
Sucharita Eashwar is mother to two daughters and grandmother to three grandsons. She loves travel, theatre and exchanging stories!


With over 21 years of work experience, Deepti is focussing on strategic initiatives for India Public Sector. Current focus areas are smart infrastructure, digital agriculture and Startup Ramp program. She has been with AWS since July 2018. Prior to this, Deepti has led smart cities initiative at Microsoft and IBM Global Business Services.

In between her corporate jobs, Deepti has done a 3-years stint with Unique Identification Authority of India (UIDAI), GoI, where she was part of the strategy team to roll out the Aadhaar project. She was involved in conceptualizing and setting up strategy, processes and polices for enrolments, authentication, data updates, eKYC etc. She program managed rollout of Aadhaar online authentication services and liaised with ecosystem, designed and executed various Proof of Concepts and pilots to evolve the same. 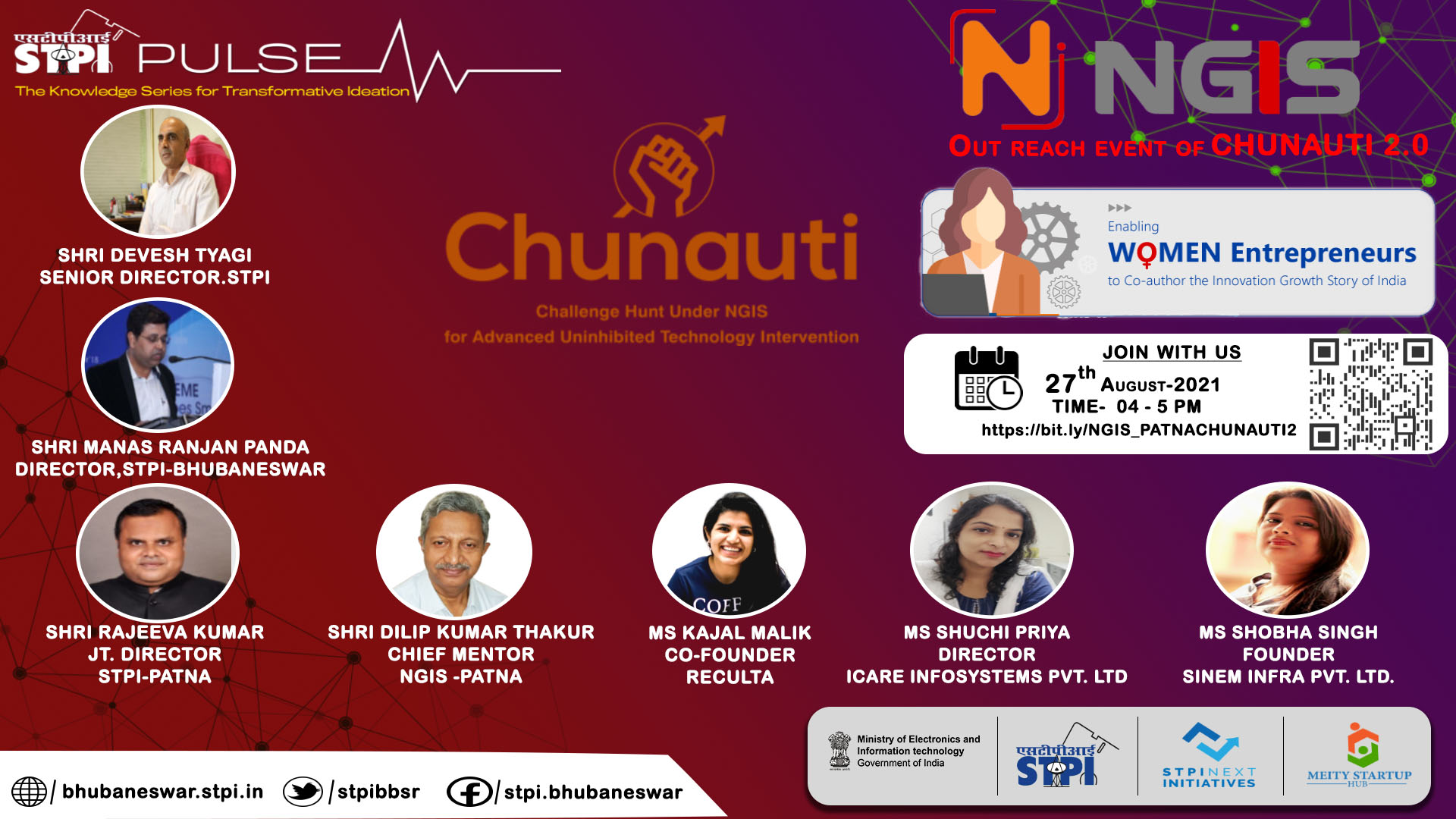